WASD: for movement
E: To interact with objects; skip Dialogue (But why would you do that ?)
Q: Pause Game
Baskspace : While Paused will restart the Game

You wake up in a basement not remembering who you are or why you are there.
You must search your own memories to figure this mystery out.

If you somehow stumbled upon this, this is a prototype for a project that was all about how to convey story through game.

Feel free to try it out if you'd like, and feedback is always appreciated.

Note that the game in its current form doesn't contain the whole story.
So sadly there is no conclusion as of yet.

And for legal reasons I am obligated to show the logo of the school this was a project for, as I created this game during the third Semester.

Hi there, I am a youtuber and I hope to get some support from you guys by leaving a like and subscribe at my channel.

Thank you for reading my comment. Good luck in making this game a far more impressive and impactful one :).

The Game was originally meant to be a walking simulator, so I am afraid that it will always remain a bit on the less interactive side...
You are right about the scenes, they would be a lot more interesting with the actual events transpiring.
I will try to add more polish into it as well, to make the scenes more impactful.

Thank you so much for playing and for leaving the useful Feedback !

Thank you for reading my comment XDDDD. Good luck in making Remembrance even better :). 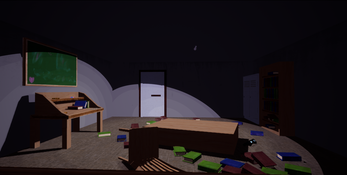